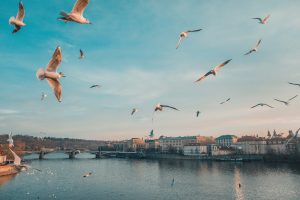 The NJ based company contended that it had full rights over the Angry Birds trademark, and that its deal made with the artist did not involve an acknowledged trademark license. The company proclaimed that “It does not even mention the trademark ANGRY BIRDS, and does not contain the necessary quality control provisions”. Adams asserted that Hartz broke the deal they had when they formed an agreement with Rovio, a mobile game maker. Her attorney expressed his beliefs on the issue, stating “When Angry Birds the video game came along they dumped Juli Adams’ line, started selling the Rovio stuff instead, and cut her out completely”.

In a motion to terminate the lawsuit, the company stated “Hartz owes no duty of exclusivity to (Adams) under the Agreement,”. Robert Lasnik, U.S. District Judge declined the proposal to throw out the lawsuit. A settlement was attained just one day after a jury trial was expected to start. All matters and disputes involved seem to have been resolved.