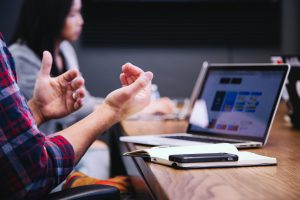 Although the right to freedom of speech is a protected principle, a court of law may determine whether or not the spoken opinions of one party have infringed upon the rights of an impacted individual. Cardi B, for example, fought back after a celebrity gossip blogger, Tasha K, posted videos that implied that the rapper was employed as a prostitute and used heavy street drugs. While this was the opinion of the blogger, who posted the videos to her YouTube account, there are potential limitations between exercising the First Amendment and exhibiting defamatory behavior. Since filing her defamation lawsuit in 2019, Cardi B has been awarded around $4 million.

Tasha K was named as one of two defendants; and the lawsuit was filed in the U.S. District Court for the Northern District of Georgia. Within the claim, the blogger was accused of uploading more than twenty YouTube videos, each containing rumors about the rapper that could have potentially harmed her career and image. Cardi B also suffered emotionally from the ordeal and admitted to experiencing suicidal thoughts as a result. For that reason, Cardi B filed the lawsuit based on defamation of character. A verdict was reached this month that found Tasha K liable for invasion of privacy, two counts of slander, and one count of libel.

Among the $4 million that the blogger is responsible to pay, $25,000 of that amount is to be paid toward Cardi B’s medical expenses and $1.3 million is set to cover her legal fees. Despite the rapper’s attempts to force Tasha K to remove the online video content, a majority of the videos still remain visible or searchable to the public. According to the lawsuit, the videos have increased views and comments on Tasha K’s social media accounts and YouTube channel. A second individual was named in the initial lawsuit, but has since moved to New York, where a separate lawsuit has been filed against her in relation to defaming Cardi B.