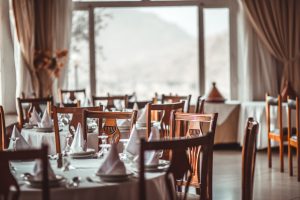 This is the second time in recent months that restaurant owners, Lisa Vanderpump and Ken Todd, were named in a lawsuit concerning unpaid wages.  In the first most recent lawsuit, filed in January, the owners were accused by one of their former employees, Adam Pierce Antoine, for adjusting time records to show less time worked.  The plaintiff also claims that if employees worked any overtime hours per day or more than 40 hours in a week, they were not lawfully compensated. At the end of July, both Vanderpump and Todd were named in a new lawsuit of a similar nature. This class action was filed by former hostess, Olivia Hanson, who alleges that herself and other employees were inadequately compensated for overtime worked and were not allotted appropriate breaks.  While the two lawsuits are still ongoing, the claims mentioned in each are fairly comparable.

In the Los Angeles, CA area, both Vanderpump and Todd are owners of four popular restaurants: Pump, TomTom, Villa Blanca, and Sur.  Each of these establishments have been featured on the tv show “Vanderpump Rules,” which mainly follows the lives of Sur employees.  In the past two premiered seasons, TomTom employees were added to the mix.  In the series, the restaurant staff members are seen working events outside of serving dinner, including Sunday brunch, modeling shoots, and the Pride Parade.  While news of the lawsuit does not necessarily indicate these events as the issues in question, Vanderpump and Todd maintain that they have always complied with California labor laws.

For those who watch the popular tv show, it is easy to see how dedicated Vanderpump and Todd are to their restaurants.  While the staff that is featured on the show often complains about drama in their own personal lives, they are rarely interviewed or caught saying anything negative about their employers.  Despite the reputation earned by Vanderpump and Todd as successful business moguls, these two lawsuits may help settle the question of whether or not the pair always fairly compensate their staff.