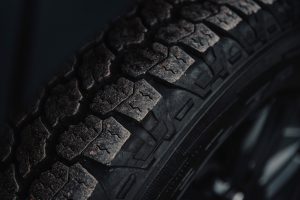 A federal judge has recently dismissed a class action lawsuit that exposed the existence of emissions defeat devices in Ford Super Duty pickup trucks. Originally filed in 2018, the “cheat” devices, which were apparently embedded in the engine control module software of 2011–2017 F-250 and F-350 pickups with the 6.7-liter Power Stroke V-8, have allowed the trucks to pass emissions tests. About 500,000 trucks were impacted and the original lawsuit sought $4.2 billion. Since 2018, over 25 claimants have dropped claims, which likely contributed to the judge’s decision.

The defeat devices, which were also previously found in Volkswagen vehicles, hid the accurate level of nitrogen oxide emissions. According to the original lawsuit, the level of emitted nitrogen oxide was so high in the Ford pickups that it violated EPA standards. The apparent purpose of installing these devices was to match glowing advertisements that highlighted favorable fuel economy and max towing ratings. Ford has denied all claims that it utilizes the cheat devices. The company’s supplier, Bosch, was also involved in lawsuits involving similar devices used in Volkswagen vehicles.

While Ford’s motivation to conceal these devices was allegedly based on competition and advertising, the original claimants in the class action identified and acknowledged the terrible impact the devices could potentially have on the environment. According to the claim, the pickup trucks can most likely exceed emissions standards by more than fifty times the allowed limit. Although the trucks may pass lab testing, the real world, environmental impact is significant. If the trucks operate at 70% of its available power and tow at the maximum weight of 24,000 pounds, the emission is considered excessive. While it is unclear whether or not Ford has reached a settlement with the claimants, the case will not proceed further in a court of law.