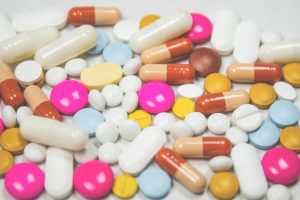 Since 1999, over 700,000 people in the United States have died from drug overdoses.  In response to this seemingly uncontrollable epidemic, the state of Oklahoma is stepping up as one of the first states to hold pharmaceutical companies accountable. Earlier this week, a judge ruled that Johnson & Johnson must pay $572 million for their role in the overdose death count.  In 2017 alone, 68% of the 70,000 US overdoses were at the hands of an opioid.  This landmark case cites Oklahoma’s public nuisance law and the argument that Johnson & Johnson put people in harm by engaging in “false and misleading marketing of both their drugs and opioids.” The state of Oklahoma blames Johnson & Johnson for the influx of opioids in the state.

Johnson & Johnson was disappointed with the ruling of the case, and the company maintains its innocence against all claims. A company representative commented that while the amount of overdoses in the country is alarming, placing blame on Johnson & Johnson for violating the public nuisance law is a stretch.  The company argues that the state pieced together marketing material from the last 30 years to fabricate their public nuisance claim.  Johnson & Johnson also fails to see that a factual argument was presented to show how the company, and its subsidiary, Janssen Pharmaceuticals, contributed to the crisis.

This is not the first punch the state of Oklahoma has delivered to drug makers.  The state gained previous victories against Purdue Pharma for $270 million and against Teva Pharmaceuticals for $85 million.  While the prior cases ended in settlements, this most recent court battle resulted in a verdict from a judge in trial.  Oklahoma is now known as the first state to go up against a drug maker in trial, and win. It is the hope that this case will encourage other states to also take a stand against pharmaceutical companies. A federal case filed on behalf of 2,000 cities and communities, against drug makers, is set to go to trial this fall to tackle similar opioid epidemic issues.