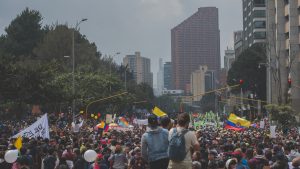 This is not the first time the control tactics of the NYPD have been questioned. New York’s previous payouts to Occupiers have included $350, 000 for protesters’ property destroyed during the Nov. 15, 2011, police raid on the Zuccotti Park encampment. The city may be forced to cough up even more money in still-pending lawsuits over the pepper-spraying of protesters”. Additionally, protesters across the country are reaching significant settlements due to harsh police responses.