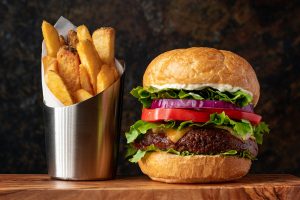 In the past, whenever McDonald’s is involved in a lawsuit, we usually expect it to be because of another victim of their hot coffee. Not this time, “McDonald’s workers in three states filed lawsuits against the fast-food chain this week, saying the company engages in a variety of practices to avoid paying them what they’re owed”. The states involved are California, Michigan, and New York; lawyers targeted McDonald’s because it is an industry leader. The suit mentions a variety of labor violations, which could potentially affect 30,000 employees. The lawsuit seeks back pay and other damages for the affected parties.

The lawsuits against the franchise are claiming that they illegally underpaid employees by erasing hours from their time cards, did not pay overtime wages, and ordered them to work off the clock. Employees also allege they were required to pay for their own uniforms, and were not given required meal and rest breaks. A McDonald’s spokeswoman stated, “McDonald’s and our independent owner-operators share a concern and commitment to the well-being and fair treatment of all people who work in McDonald’s restaurants. We are currently reviewing the allegations in the lawsuits. McDonald’s and our independent franchisees are committed to undertaking a comprehensive investigation of the allegations and will take any necessary actions as they apply to our respective organizations.” McDonald’s claims that it is not a joint employer and should not be liable for problems with its franchises since they are independently run businesses. However lawyers are contenting that they should be a joint employer and share the liability with the many McDonald’s franchises across the country.

A total of seven lawsuits have been filed against McDonald’s Restaurants. In a statement the company said, “McDonald’s and our independent owner-operators share a concern and commitment to the well-being and fair treatment of all people who work in McDonald’s restaurants”. Although many of the locations nationwide are franchise owned, the company is still named in the lawsuit because they still have control over staffing and locations. Perhaps if McDonald’s were a joint employer, these many franchises would be on a tighter leash and less of a liability for the corporation as a whole. In the coming weeks we will also see Service Employees International Union attempt to pressure McDonald’s and other fast-food chains to increase wages.