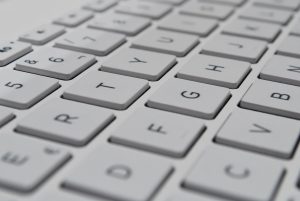 In 2020, after facing allegations that the company was purposefully slowing down iPhones, Apple entered a $113 million settlement with 34 state attorneys general. The tech company denied liability in the case and maintained that the software updates were meant to correct prior issues with older lithium-ion batteries. Since that class action ended, Apple has upgraded to a new class action lawsuit involving its butterfly keyboard. This month, a judge approved the class action status of the lawsuit, recognizing that the issue is similar, if not the same, for most affected customers.

According to consumer complaints, after one tap, the keys on certain Apple butterfly keyboards either fail to translate to the screen or duplicate registration multiple times. The determined “low-travel” feature condenses the pressure needed to type, but is the root of the cause for the experienced issues. When dust, fuzz, food, or other particles become trapped between keys, the functionality suffers. The laptops that were allegedly affected were the 12-inch MacBook models released from 2015 to 2017, the MacBook Pro models from 2016 to 2019, and the MacBook Air models from 2018 to 2019. The consumers that purchased any of these three models during the stated years may benefit from the lawsuit.

Originally filed in 2018, the class action includes consumers from California, Washington, New York, Michigan, Florida, Illinois, and New Jersey. The plaintiffs allege that Apple was deceitful in selling a product that the company knew was flawed but never actually fixed in subsequent models. By incorporating an elastic membrane onto the keyboards to prevent particles from getting trapped, Apple attempted to fix the problem in the past. In 2018, the tech company also offered an extended warranty that covered butterfly keyboard defects. Apple has issued a public statement of apology to consumers and has since discontinued the manufacturing of butterfly keyboards.