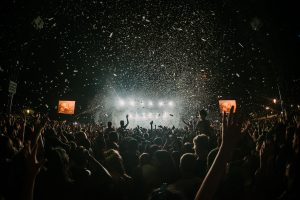 Three festival-goers claim that $5 million is the reasonable amount necessary to compensate for conditions that have been described as uncomfortable and dangerous. Those who have attended an outdoor music festival and camped on the premises for more than one night may attest to the lack of cleanliness and luxury. Some of the typical festival proclivities may include long lines at the portable toilet station, limited access to running water or showers, tight camping quarters, and insurmountable levels of excitement and fun. The lawsuit in question, however, notes a discrepancy between how the festival was promoted to potential consumers and what was actually delivered.

This year, the four-day Elements Music Festival took place over Labor Day Weekend in Wayne County, PA. According to the claims, which have developed into a class action lawsuit, the organizers of the event allowed attendees to wait in excessively long lines to enter the festival and failed to provide adequate food, water, and COVID testing options. In addition, Hurricane Ida dampened the experience for those who were expecting to enjoy conditions that were promoted to resemble a “lakefront paradise.” Instead, festival-goers were forced to trudge through mud and dangerous logistical routes to the event, which caused potential instances of safety hazards.

While three attendees initially filed the class action, over 6,000 individuals have expressed grievances on social media and many of those consumers are requesting refunds for ticket purchases. Some of the complaints reference the organizers’ deflated attempts to salvage a weekend that was drowned by Hurricane Ida. Allegedly, the organizers did not offer support to the consumers, nor did they implement a clear back-up plan or solution to the uncomfortable conditions. While it may be difficult to avoid natural disasters and rain, annoyed attendees argue that organizers could have mitigated the reported 16-hour wait times.