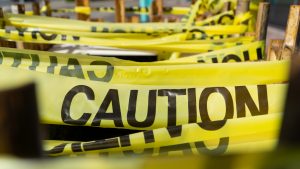 In a strange development in the criminal defense world, experts say that brain scans and other scientific data is increasingly being used in criminal trials, with defense attorneys citing MRIs as proof that their clients ought to be set free or at the least receive special considerations.

Experts familiar with the matter say that lawyers have begun turning to scientific studies, as a criminal defense strategy, to minimize the extent to which their clients ought to be held responsible or punished for certain crimes. Some estimate that as many as five percent of all murder cases now include neuroscience evidence, a surprising development that has exploded in the last few years.

The subject received a lot of attention this past week after a panel discussion at the annual meeting for the Society for Neuroscience in San Diego. The panel featured an array of experts who noted their discomfort with the way some research was being used in courtrooms across the country. The scientists worried that jurors would be easily convinced by MRI scans, believing that any evidence based on something so tangible must be true. In reality, neuroscientists say that these studies ought to be taken as general guidance regarding how large groups of people act rather than individualized data.

A prominent case that reveals the impact such scientific data can have on a criminal trial occurred recently when one teenager was arrested for drug possession. The teen confessed to police after a relatively short interrogation, something his lawyers argued should be thrown out because teenage brains are exceptionally vulnerable to coercion. Surprisingly, the strategy worked and the teen’s statements were not allowed into evidence, forcing prosecutors to begin developing their case anew.

Experts say this case was just one of many where judges and juries have been convinced that teenage brains do not function in the same way that adult brains do and, as a result, adolescent offenders might require special exceptions or protections under the law.

One recent study conducted by neuroscientists at Cornell found that when adults are threatened their typical response is to withdraw and become less impulsive. However, MRI scans showed that teenagers behaved very differently, often becoming more impulsive in the face of a threatening environment. The brain scans also revealed that in teens the part of the brain devoted to controlling emotional responses had to work much harder to suppress impulsive reactions than it does in adults.

Experts say that studies like the one from Cornell are useful to scientists in a general way, allowing them to better understand how adolescent brains behave. However, the studies are being used by criminal defense attorneys in much more specific ways, applying general data to the behavior of an individual adolescent, something that scientists worry may not be accurate. Just how much brain science takes off depends on the appetite of judges to allow the evidence into their courtrooms. So far, judges appear to be curious, whether that curiosity will continue remains to be seen.

Source: “The Case Against Brain Scans As Evidence In Court,” by Jon Hamilton, published at NPR.org.