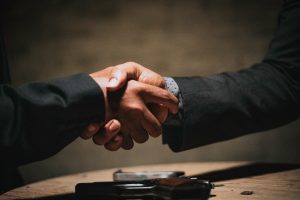 At the beginning of this month, followers of the intriguing legal spectacle, starring Amber Heard and Johnny Depp, were provided coverage of a verdict that left Depp $15 million richer. Despite the resolution of this defamation lawsuit, the Pirates of the Caribbean actor cannot shy away from the limelight. Before it escalates to court, Depp is attempting to settle a lawsuit in which he is named as the defendant in an alleged assault incident. His legal team is working diligently to work out an agreement with the plaintiff, Gregg Brooks, who was employed as the location manager on the set of the crime thriller, City of Lies.

Brooks challenges Depp’s claim that he was acting in self defense and on behalf of the safety of others. According to the accusation, Depp forcefully punched Brooks twice in the ribs and intended to cause the location manager to suffer humiliation. In addition, Brooks contends that Depp’s actions were malicious and his temper and substance issues led to an unsafe work environment. Following the incident, production failed to protect Brooks interests and tried to force him to sign a waiver, which would prevent the location manager from suing over the alleged assault. When he refused to sign the release, he was fired from his position on set.

Those in support of Depp champion his professionalism and respect for those in collaboration with him. In regard to the alleged assault, the director of City of Lies, Brad Furman, discounts the claims made in the lawsuit and labels the exchange as exaggerated. Also, prior to the lawsuit filing, Depp made statements relating to the reconciliation he initiated with Brooks. According to the actor, he met with the location manager and discussed the ordeal over plastic cups of wine. During the meeting, Depp recalls both men apologizing to one another, hugging, and taking a selfie. The parties are scheduled to go to court this summer.