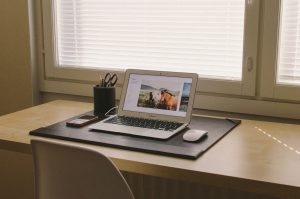 While a portion of the nation’s workers are fortunate enough to work from home, they are afforded the opportunity to still “meet” with their co-workers and supervisors through a popular service called Zoom.  With a spike in Zoom users, the public should be warned of a recent lawsuit filed against the virtual conferencing company.  According to the lawsuit, filed in New York, Zoom provided Facebook with viable information about their customers.  Those who do not maintain a Facebook profile or account may initially feel safe but later discouraged to learn that all, as in every, consumer who logged into Zoom was a victim of a privacy violation.  Zoom users were never notified that their private information would be passed along to a third-party company.

While Zoom insists that their security measures were never meant to place their customers in harm’s way, the company has since adjusted their policies.  The CEO of the company, Eric Yuan, asserts that the distribution of customer information only began after an option was implemented for consumers to log into the app through a Facebook Software Development Kit.  Since Zoom’s flawed practices have been made known to the public, the company has decided to disassemble that feature.

Although Zoom has properly addressed their mishandling of private information, consumers cannot help but feel violated.  In the current reality of avoiding exposure, consumers may not necessarily appreciate their information spread to other companies. Such information includes the type of device used, as well as that device’s model and unique advertising identifier, which is used to target audiences with advertisements.  The lawsuit also points out that Zoom collected a profit from distributing this data, even though the total amount is not disclosed.  As citizens continue to abide by the stay at home orders, it is important for companies to assist in limiting vulnerabilities to help protect their customers on a regular basis.