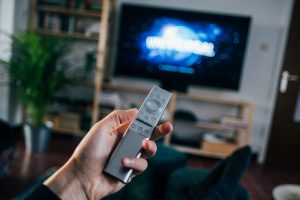 In 2011 2012 Time Warner cable acquired the television rights to both the Lakers and Dodgers for an eyebrow raising 11 billion dollars. The 11 billion premium would grant Time Warner Cable, local television broadcast exclusivity for the next 20 years for both teams. The television broadcast company managed this exclusivity by creating two regional sports channels that would air the non Nationally televised games. In order to fund this 11 billion price tag Time Warner will package these channels with the basic cable lineup and drive up peoples cable premiums 4 to 5 additional dollars a month without the ability to opt out. The four plaintiffs, who are as diverse as the four cable providers they subscribe to, assert that the majority of the beneficiaries of these cable television price hike are not even Lakers nor Dodger fans.  They cite studies stating, “this  hike is extracted from 60 percent of the population who are individuals who do not want and do not watch and do not want to pay for Lakers and Dodgers telecasts and who, if given the option to do so, would opt out of such telecasts”; a statistic that is definitely a bitter pill to swallow for these time honored organizations.

The plaintiffs believe the two sports franchises improprieties center around their apathetic stance towards these hikes. They feel the organization were well aware these lofty television contracts would cause a hike for cable subscribers who majority are non fans.

Cable providers compulsory packaging of channels  displeasure lately has been receiving extra scrutiny.  In addition to this class action lawsuit  Arizona Senator John McCain has recently sponsored legislation that would allow cable consumers to tailor fit their bills to the channels of their choosing. This Time Warner  lawsuit could potentially lend this legislation a head of steam to the  dismay of sports franchises. In the mean time  the two teams have 11 billion reasons to sleep well at night.