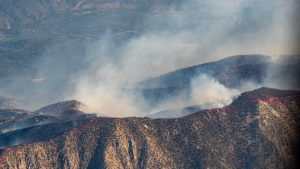 Wildfires may cause debilitating effects on the environmental landscape. Despite the deadly risks of playing with fire, homes may be burned to the ground, wildlife may lose its habitat, pollution may permeate clean air, and carbon dioxide may be released into the earth’s atmosphere. Given the negative consequences of large fires, the United States has routinely investigated the source of wildfires and has held certain individuals responsible for starting them. In this most recent wildfire settlement, a Mariposa County, California resident agreed to pay $950,000 to compensate for his part in initiating a 2016 blaze, known as the “Old Fire.”

According to the investigation, which was conducted by the US Forest Service, on September 13, 2016, the accused resident, John Welch, used an old chainsaw on his property near Old Yosemite Road. The worn equipment allegedly should not have been used in a high fire hazard. The winds carried the ignited fire several miles, charring about 100 acres of land. The Stanislaus National Forest was near this location, and 95 acres of this forest was burned. The USDA Forest Service spent $1.3 million to put out the fire in its entirety.

The $950,000 amount that Welch agreed to pay does not include an admission of guilt or negligence for his part in the wildfire. The settlement will help cover the cost of supplies and equipment used to extinguish the flames, including the utilization of critical air assets. In addition, the money will also be used to help restore portions of Stanislaus National Forest that were destroyed, as well as to help fund firefighting resources that aid in the continued effort of forest preservation and safety. This incident marks one of about thirty different cases and settlements previously handled by the Eastern District of California’s US Attorney’s Office. The matter of wildfires on federal land is not to be taken lightly.