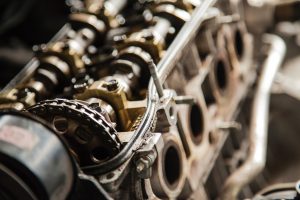 According to a recent judicial decision, a class action lawsuit against General Motors may continue in court. Various customers allege that their 2011 Chevy Silverado pickup trucks consume excessive oil, which contributes to subsequent mechanical or electrical issues. Despite a motion filed on behalf of the automotive company, a judge did not agree with GM’s argument that the customer engine complaints were rejected under a manufacturing defect warranty. Rather than admitting that customers were experiencing complications from a defect or faulty component, the company attributed the issues to the 5.3L Vortec V8 engine’s design.

Originally filed in February 2020 in the US District Court for the District of Oregon, the class action lawsuit names William Martell as the plaintiff, who indicated issues with his 2011 Chevy Silverado. At the time of purchase, the truck was brand new and never used. His claims and supporting accounts were similar or nearly identical to several other complaints filed by GM customers. Each claim focuses on burning oil at a higher, unusual rate. Some of the issues may include 4WD transfer case position sensor or selector switch failure, heating and air conditioning temperature and air delivery mode door actuators failure, and fuel level sensor failure. In addition, the speedometer or panel gauge may function inconsistently.

Additional claims against GM have been dismissed in the past on the grounds that the automaker’s warranty coverage only applies to manufacturing defects and not design issues. The judge in this case, however, critically assessed the language in GM’s implied warranty policy and found discrepancies in about ten pages worth of documentation. The same judge has dismissed other motions for dismissal, filed by GM. The company has related these additional motions to claims of fraudulent concealment and the Oregon Unlawful Trade Practices Act. Prior to this attempt to have the class action thrown out, GM successfully filed a motion to dismiss a class action lawsuit filed in Ohio in 2019.