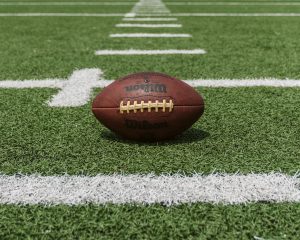 As we rapidly approach football season, excited fans are preparing for their fantasy drafts.  In the midst of their discussions about previous player injuries, training camp, predictions for the season, and whatever else football fans talk about, they can add a recently dismissed lawsuit to their rapport.  A US District Court judge in New Orleans dismissed one of three federal lawsuits involving a disputed call in the New Orleans Saints and Los Angeles Rams NFC title game this past January.  In the game, NFL officials failed to acknowledge a pass interference in the form of a helmet-to-helmet hit, exchanged between Rams cornerback Nickell Robey-Coleman and Saints receiver Tommylee Lewis.  If the rules of NFL football were strictly adhered to, the Rams player should have been flagged for a penalty at this point in the game.

In a class action lawsuit, fans who attended the game claim the absence of an issued penalty was unfair.  The claimants cited a league regulation that would hold the NFL Commissioner, Roger Goodell, obligated to fix the error if the game was not played fairly.  Ways in which Goodell could have remedied the situation was to either schedule a replay of a portion of or all of the game or overturn the result of the game. Although there were different avenues that Goodell could have explored, he did not proceed forward with a potential change in the result of the game.  The Rams remained the winners of the NFC title game and advanced to the Super Bowl.

Despite the passionate arguments of fans, Judge Morgan dismissed the case with the ruling that Goodell was not contractually obligated to overturn the game results or reschedule the game.  Therefore, ticket purchasers are not owed damages.  Even though three lawsuits filed in federal court were dismissed, that does not mean everyone involved was let off without consequence.  In particular, the NFL fined the Rams’ Nickell Robey-Coleman for his hit against Tommylee Lewis.  As so many sports fans hope for a solid outcome for their favorite teams, so too may they hold onto hope regarding compensation for the January incident.  One more lawsuit remains in Louisiana state court.