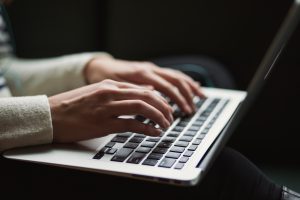 All work, no play

Mary-Kate and Ashley Olsen are back in the spotlight, this time due to a recent lawsuit they may be facing. Former interns are suing the twins, one alleging that she was over worked with no pay. The interns worked for the celebs company Dualstar Entertainment Group. The lawsuit contends that the past interns were entitled to minimum wage at the least.

One intern involved in the suit was working 50 hour work weeks during her time at the internship, which ran from May-September 2012. As stated in court papers, intern Shahista Lalani explained that her internship entailed “Inputting data into spreadsheets, making tech sheets, running personal errands for paid employees, organizing materials, photocopying, sewing, pattern cutting, among other related duties.” She voiced how unfair she felt was treated during her time there, and added that the head technical designer was overly demanding. She also recounted that all the work she did should have been handled by multiple interns. Lalani told the The New York Daily News “It was like 100 degrees outside.” “I’d just be sweating to death. I probably carried like 50 pounds worth of trench coats.”

This is not the first unpaid internship lawsuit at hand. This has been a common theme in the media over the last few years. Dualstar commented on the suit, explaining “Dualstar is an organization that is committed to treating all individuals fairly and in accordance with all applicable laws. The allegations in the complaint filed against Dualstar are groundless, and Dualstar will vigorously defend itself against plaintiff’s claims in court, not before the media.”