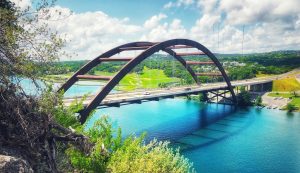 Rehabilitation versus reconstruction is the theme of an ongoing lawsuit in Maine.  The Frank J. Wood Bridge will be changing in the foreseeable future, but the question remains whether the bridge will be rebuilt or just modified.  Those who oppose the rebuilding of the bridge are the same groups that have filed a lawsuit against the Maine Department of Transportation and the Federal Highway Administration.  Friends of the Frank J. Wood Bridge, the National Trust for Historic Preservation and the Historic Bridge Foundation are pushing for rehabilitation.

The three parties that initiated the lawsuit in 2019 claim that the defendants intentionally overestimated the rehabilitation project based on what is described as inaccurate information.  The plaintiffs argue that the reconstruction plan will drain taxpayer funds and there are better options to carry out the preservation of the 83-year-old bridge.  MDOT and the Federal Highway Administration have negated the accusations.  The disputed reconstruction plan includes a $19.8 million budget and the schedule to take bids for the project in early 2021.

The truss bridge connects traffic from Brunswick to Topsham, Maine, over the Androscoggin River.  There is an additional element to the bridge project, involving the development of public parks on either side of the bridge in both Brunswick and Topsham. The project is estimated to cost Topsham $360,000 and Brunswick $330,000.  The parks are intended to enhance the surrounding areas of the bridge on either end, or create an inviting, functional space for those who use the bridge.  Plans for these parks were finalized in early 2020.  Despite the plans for both towns to improve the areas around the bridge, a speaker for Friends of the Frank J. Wood Bridge has expressed confidence in the lawsuit and believes MDOT will be ordered to perform rehabilitative construction on the existing Frank J. Wood Bridge.