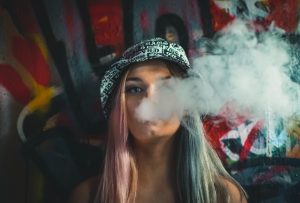 In the midst of lawmakers pushing for a ban on e-cigarettes, a student, Maxwell Berger, has filed a lawsuit against JUUL Lab, Inc.  The 22-year-old suffered a stroke in July 2017, and says the cause was related to his frequent e-cigarette use.  Initially attracted to JUUL’s different products and flavors, Berger started smoking in 2015 at the age of 18.  Only a high school senior at the time, Berger was unaware of any potential side effects related to JUUL products.  It is difficult to believe that a sleek, easy-to-use pen with a variety of tasteful flavors could ever cause a stroke in a young person.  The lawsuit points the finger at JUUL’s misleading marketing tactics that lure young smokers into using their e-cigarettes.

Berger was a victim of the e-cigarette’s attractiveness and quickly worked his way up to smoking two JUULpods a day, every 10 to 20 minutes throughout the day.  Fervently addicted to the nicotine, it was a struggle for Berger to function without it. When he did attempt to kick the habit, he would become irritable and lacked control of certain movements of his body.  The true end to his battle with nicotine was on July 8, 2017, when Berger suffered a massive stroke that left him unable to live day-to-day without full-time assistance. He lost 50% of vision in both of his eyes, is paralyzed on the left side of his body, and has difficulties speaking. He had to undergo several surgeries and was in the hospital for an extended period of time.

JUUL commented on the lawsuit and insists the company does not encourage young people or non-smokers to use the products. The company claims it only advertises to adults who are already smokers and are familiar with nicotine. Regardless of JUUL Lab’s intentions, e-cigarettes are accessible to young people who may not already be addicted to nicotine.  Catastrophic injuries, such as those suffered by Maxwell Berger, could be prevented if users are properly and accurately warned of its effects.