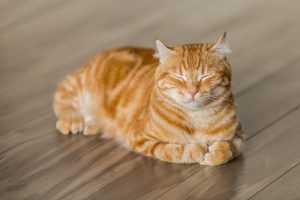 The furry feline was to get royalties and an advance. Additionally, if Grenade Beverage wishes to add more products with the cat, they would need to be negotiated accordingly. Ignoring this, Grenade Beverage proceeded to release the new “Grumpy Cat” branded roasted coffee ground products. Singer explicitly stated, “You are not authorized to proceed with the ground coffee product, and your posting of these products for sale will constitute a clear breach of the subject licensing agreement,” in a November 24 e-mail to Grenade. “Do NOT proceed with the posting of the ground coffee products”.

The lawsuit alleges that the careless coffee company continued to market the coffee grounds product on social media. They were selling the unauthorized products, which included a “Grumppuccinno” t-shirt. According to the lawsuit, Grenade Beverage failed to send monthly accounting statements and royalty payments. Finally, the company registered the domain, www.grumpycat.com, which the lawsuit defines as an act of cybersquatting. The coffee company’s website is covered with Grumpy Cat’s name and face, but there is no specific mention of Tardar Sauce. It is all generic statements about light-heartedness and coffee, completely detached from the personality and essence of actual cat. A partner in Grenade and a named defendant in the lawsuit, Paul Sanford, denied any wrongdoing on his brand’s part. “Can’t comment other than to say there isn’t a single factual allegation contained in the entire complaint, not one”.