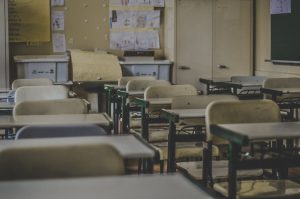 These seats may be filled this fall

In the current national state of uncertainty, one of the major topics of conversation includes the reopening of public schools.  Online instruction has been implemented as a temporary solution in several states, and many find this option as the safest route to take during the pandemic. Despite this consensus, Florida officials have issued an emergency order, requiring schools to be opened to its prior capacity and the in-class structures that were in place before the initial closings in the Spring.  Educators are not accepting the order and are expressing their frustrations in a court of law.

Filed in the 11thDistrict Court in Miami, the lawsuit names the defendants as the Florida State Board of Education, the Florida Department of Education, Florida Education Commissioner Richard Corcoran, Miami-Dade County Mayor Carlos Giménez, and the Governor of Florida Ron DeSantis. The plaintiffs named in the case include educators within the Florida Education Association.  While those who are in favor of schools opening, including tax payers, are pleased with the government’s decision, the intent of the lawsuit is to overturn the emergency order.

With little time to plan, it seems almost impossible to devise an effective strategy that would allow for a seamless transition into classroom instruction for both teachers and students.  Some adjectives used to describe the order include “reckless” “unconscionable,” and “unconstitutional.”  Supporters of the lawsuit have acknowledged the attitude of some Florida government officials, who appear to believe that if schools are not open for in-class instruction, then students cannot learn.  It is the job of teachers to make sure their students receive the best possible education, and if at-home, online instruction is accepted as the most logical and safest solution at this time, then the voices of these educators should arguably be heard.  According to the viewpoint of the educators involved, it is difficult to expect students to remain in their seats with a mask on their faces for the duration of the school day, five days a week.  There is a likelihood of a safety issue and possibility of distraction.