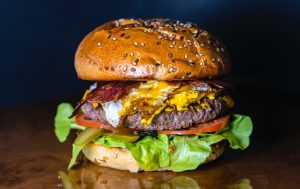 Want fries with that?

A former Five Guys employee recently filed a lawsuit accusing the popular California chain of violating multiple labor laws. Jeremy R. Lusk, the plaintiff, accused Five Guys Burgers of failing to give him the requisite meal and rest breaks, forcing him to use a personal car without reimbursement for work-related activities, and unlawfully performing credit and background checks on current employees and potential hires, among other grievances.

Lusk’s host of complaints included failure to receive meal and rest breaks. In California, an employer cannot employ a worker for over five hours per day without granting a meal break of at least 30 minutes, unless the employee’s work day does not exceed six hours. But in that case, both employer and employee must mutually agree to waive the break. If an employee works 10 or more hours per day, the employer must provide a second 30-minute meal break. The second meal break may be mutually waived by employer and employee if the worker’s hours total 12 or less in a day. Furthermore, the Industrial Welfare Commission Wage Orders requires employers to give nonexempt workers a ten minute-minimum rest break for every four hours worked. Lusk claims that when the restaurant was busy, he would be denied the mandatory rest breaks, a lunch break, and a second meal break if applicable.

In a formal complaint, Lusk stated that he was required to use his own personal vehicle for work-related errands, such as transporting supplies between restaurants. However, the California Department of Transportation states that an employee is not required to use his or her personal vehicle for work duties unless it is a formal condition of employment. Lusk also reports having to clock out for the day before performing additional duties such as counting out his register. He was also required to perform work duties without pay when clocked out, and he reports that employees were subject to background and credit checks without notification.

Lusk filed his lawsuit in the Kings County Superior Court in California and is seeking class certification. In addition to the Five Guys labor violations accusations, other companies have come under scrutiny for wage and labor violations, including McDonald’s. A legal victory for Luke and his fellow plaintiffs may make the work day a little better for marginalized employees everywhere.