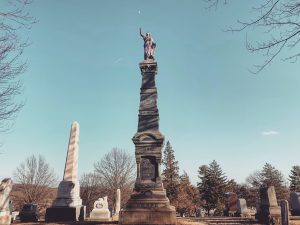 In February 2017, the Charlottesville, VA City Council voted in favor of removing the statues of General Robert E. Lee and General Thomas J. “Stonewall” Jackson from public parks in the city.  Prevalent characters in any American history book, these two men served as leaders of the Confederate military.  For their integral roles in the Civil War, they were honored with statues, erected in Charlottesville public parks in the early 1920’s.  Due to the sensitive nature of what these statues may represent, the Council agreed to have them taken down.  Supporters of preserving the historical significance of the statues, however, disagreed with the Council’s decision, and filed a lawsuit against the city in March 2017.

According to legal documents, the plaintiffs argue that Virginia legislation bans the removal of war monuments, such as the Confederate Generals’ statues.  Although a judge recently agreed with that logic, the city is not resting.  With plans to appeal the judge’s decision to preserve the statues, the city claims that the statues perpetuate a time in which the North and South were divided in culture, government, and ideals.  While there is a debate on whether or not the statues represent a negative past or an appreciation for history, but there is a steadfast understanding that the statues are monuments of the Civil War.

In response to the city’s initial vote to take down the statues, two groups of opposing protestors rallied in August 2017.  The occasion was not peaceful, and resulted in the death of one protestor and the injuries of over 30 people.  Following this event, the city retaliated with the firm declaration that the council will sell each of the statues to anyone willing to remove them from the parks.  As the lawsuit progressed for the past two years, the execution of this city council vote has been delayed.