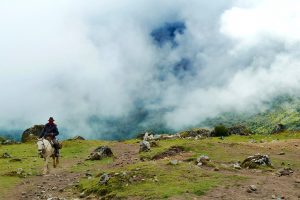 Even the Wild West did not stay wild forever

Those who have been dreaming of making money in daily fantasy sports may be in for a rude awakening. A class-action lawsuit has been filed against the 2 major players in the industry, DraftKings and FanDuel, questioning the self-regulatory methods of their contests. The recent scandal has shades of insider trading, where employees from each company would take the internal information (including player rankings, strategy, etc) and submit “teams” to the opposing company. Both companies have been advertising heavily with popular sports leagues like the NFL and MLB, leading many to believe they are very financially successful. The latest lawsuit was filed by a man from Watertown, MA (DraftKings is based in Boston, while FanDuel is based in New York City).

The idea behind daily fantasy sports is simple, and has been championed in week to week fashion by the NFL. “Players” (not gamblers) select your team on a week-to-week basis, “guessing” (not betting) on which athletes will score the most points. Since fantasy sports have been based on skill, they have avoided the negative financial classification of “gambling websites’. With apps and websites readily available from FanDuel and DraftKings to deposit funds, players from across the world can quickly fund their accounts for what is, essentially, a loophole that allows sports gambling online. As this has already been contended and debated in court rooms at the local and state level, the clock appeared to be approaching midnight for DFS. Still, with more and more capital coming in every day, the companies were happy to continue as is, providing a highly in demand product to a ravenous fanbase.

Remarkably, the legal loophole allowing this idea to evolve into a potentially million-dollar industry was not the problem. Once news broke that inside information was being used by both companies’ employees to profit themselves at the expense of the casual customer, an FBI investigation was launched. The focus was to question the internal regulation of these daily fantasy sports companies; ie, what steps were they taking to make sure no one was taking advantage of the system. With a lack of good answers, a negative spin in the press, and more than $1 billion rumored spent on advertising during NFL games from the first 2 months of the football season, the golden goose may have been led to the slaughter. If these companies want to continue to operate, their best bet is to comply with any upcoming court decisions, settle some of these lawsuits out of court, and start preparing for a watered-down, legalized, heavily regulated version of daily fantasy sports, similar to how online sports gambling is now.