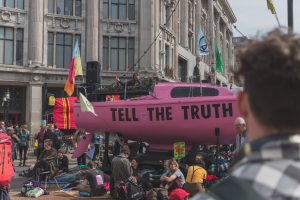 Ms. Gibson was exposed contradicting her previous statements on an audio recording agreeing that she, in fact, was not raped or kidnapped by Brian Banks. Therefore, Mr. Banks was exonerated in May of 2012 for the rape charge against him. However, the case does not end there. Since Ms. Gibson had the intention to defraud Long Beach Poly High, the Long Beach Unified School District decided to take action.

The amount Ms. Gibson must repay the Long Beach Unified School District is a whopping $2.6 million which includes her $750,000 settlement she was awarded in 2007 from the 2002 legal proceedings against Long Beach Poly High for the lack of security cameras, and a safe environment, attorney fees, interest, and a $1 million punitive damages judgment. According to the Long Beach Unified Superintendent, “This judgment demonstrates that when people attempt to defraud our school system, they will feel the full force of the law.”

You might be asking yourself, “Shouldn’t she be going to jail or prison for fraud?” That would be a great question except the statute of limitations for fraud is three years from when the fraud was discovered, and that is exactly what’s in question. Should the statute of limitation begin when Ms. Gibson confessed her lies on tape, or possible at an earlier time with some due diligence?