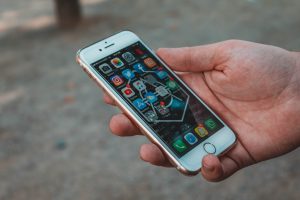 A publicly traded company since 2013, Twitter’s existence depends on its owners and its users. As one of its largest shareholders, Elon Musk proposed an acquisition of the company earlier this year. After the company failed to disclose the precise percentage of its fake user accounts, referred to as bot accounts, Musk rescinded his $44 billion offer. The company has now responded with legal action and challenges Musk’s reasoning for not going through with the deal. Twitter accuses Musk, who operates as the CEO of Tesla and SpaceX, of changing his mind due to a shift in his financial motivations.

Although Twitter has provided the billionaire entrepreneur with a figure of 5%, Musk contends that the number of fake accounts is a lot higher. While Musk’s legal counsel was preparing to go to trial early next year, the trial has been expedited to this October. The parties must engage in a five-day court appearance, in which Musk and Twitter must come face to face in the battle over the delayed Twitter business transaction. Musk’s team argues that an October trial is not nearly enough time to adequately analyze Twitter’s data and consult with needed experts.

In addition, Musk justifies his failure to move forward with the deal based on the fact that Twitter did not provide the necessary information required to properly vet the company’s potential. The data that was provided by the social media company was considered alarming; and the communication that resulted did not contribute to the company’s credibility. Similarly, despite the impressive offer, Twitter accuses Musk of seeking to sabotage the deal and prolonging negotiations until the April 2023 deadline expires. At that time, Musk’s $13 billion funding established from banks will no longer be available. Until then, the parties may look forward to a social media showdown in October.