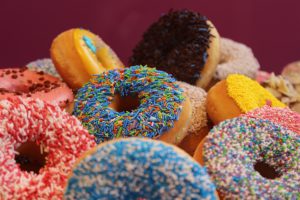 The misconception that an individual is a criminal if accused of a crime comes at a cost to those who never even committed the crime. In late 2015, Orlando resident, Daniel Rushing, was pulled over for speeding and failing to make a complete stop. While he was guilty of violating these traffic laws, he was wrongfully accused of a more severe offense. As a result of a drastic misunderstanding, Rushing was awarded $37,500 in a lawsuit against the city of Orlando.

The arresting officer informed Rushing that a crystalized substance was retrieved from his vehicle, which tested positive for methamphetamine. The officers on the scene refused to listen to Rushing’s pleas that the mysterious substance could only be the crumbs of a Krispy Kreme doughnut. He religiously purchased a glazed doughnut every other Wednesday. The police would not listen to reason; and Rushing spent 10 hours in jail before posting bail.

The police sent their apparent evidence for further testing, only to be determined that the substance was not meth, nor any other controlled substance. The results of the field testing kit, used by the officer, were flawed. In recorded data, about 21% of supposed evidence of meth, tested with field kits, was later analyzed in a lab to reveal that the substances were not meth, some not even illegal drugs. While some may blame the police officers for their incompetence in managing the field testing kits, the police officers contend that the instructions provided by the kit manufacturers are ambiguous. The manufacturer, the Safariland Group, maintains the integrity of their product, emphasizing that the kit is not meant to operate as an alternative to lab testing.

Regardless, the kits have proven on more than one occasion, 1 out of every 5 times, to result in a false positive; however, police departments have since continued to use the testing kits. Since Rushing’s incident, among others, police officers around the surrounding Orlando areas have received additional, more in-depth training on how to use the kits.

Unfortunately for Rushing, his pristine criminal record was tainted with a charge for possession of a controlled substance while armed. While the charges against him were dropped and the lawsuit against the city now settled, Rushing must proceed with expunging his record to reflect his once spotless criminal history. Until then, Rushing’s record wrongfully labels him as a criminal.