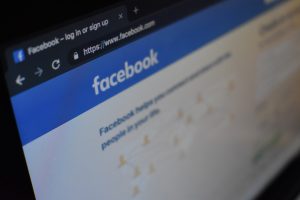 A class action lawsuit has been brought against Facebook in a California federal court. Facebook allegedly sent automated text messages to cell phone users without their prior or expressed consent, which is in violation of the Telephone Consumer Protection Act (“TCPA”). The plaintiff, Noah Duguid alleges Facebook started sending texts to his cell phone in January of 2014. He had never given his cell phone number to FB or had any business interactions with them. When he received the texts he logged in and opted out of the text messaging option several times. He received acknowledgement that it had been updated. Then he still kept receiving texts on his cell.

This TCPA class action lawsuit seeks to represent the U.S. citizens that did not share their cell numbers with Facebook and have been getting unsolicited texts within the four year complaint period. Despite telling Facebook to turn off the text alerts they were still receiving them. The Plaintiff is seeking $500 in damages for each violation or unwanted text.

The Telephone Consumer Protection Act (TCPA) enables consumers to file lawsuits to collect damages after unsolicited text messages delivered by an automatic telephone dialing system.  These plaintiffs may show actual damages or, like Mr. Duguid, seek statutory damages ranging from $500 to $1,500 per TCPA violation. Although certain legal protections were once afforded to companies delivering automated text messages to consumers with whom they had an established business relationship, this exception was eliminated by new rules enacted by the Federal Communications Commission (“FCC”) in 2013.  Now, prior express written consent is required for all autodialed commercial text messaging.