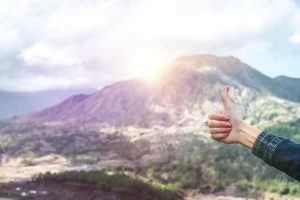 Another day, another Facebook lawsuit. This time around, the slings and arrows aimed at Mark Zuckerberg and co are from their advertisers, who claim that the Facebook ad platform misled them. The main point of contention is the “Potential Reach” number, an ambiguous total provided by Facebook to help agencies spend their money. Unfortunately, an astute advertiser noticed that the “Potential Reach” number for Facebook users between 18-34 actually exceeds the amount of people in that age group, in every state. This particular social media lawsuit was filed in the U.S. District Court in North California, and will likely bring in more plaintiffs.

Unsurprisingly, Facebook claims that the lawsuit is “without merit”, although they stopped short at specifics. Facebook states Potential Reach in their ad platform is “designed to estimate how many people in a given area could see an ad”, a definition which sounds very much like a rough estimate. The main plaintiff is an advertiser named Danielle Stinger, who provided concrete examples on a state by state basis of how the number don’t make much sense. She spent over $14k on Facebook Ads in major cities; including Chicago, where the “Potential Reach” was 1.9 million; although there are only 800k people aged 18-34 using Facebook in that demographic. Danielle’s fashion company is based out of Kansas.

Facebook seems unlikely to correct some of the issues that constantly knocks their stock price down. While Mark Zuckerberg does not usually do himself many favors, the idea of selling ads based on a made up number seems fairly egregious. A main issue with advertising on Facebook in general is that people don’t use social media to purchase things. To extend a company’s reach? Yes. To communicate directly with users? Sure. To buy products or services? Unlikely. Social media is the toy department, not Google or Amazon. This one is a very unfriendly move from Facebook.