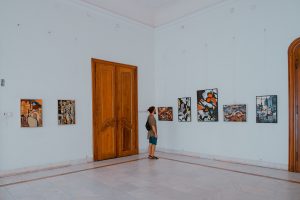 Will a museum ever be built?

The reproduction rights for the artwork of deceased artist, Robert Indiana, will be determined in a court of law. Michael McKenzie filed the lawsuit in Portland, Maine this month and claims that he is fully entitled to the reproduction rights.  McKenzie worked with Indiana for many years as an art publisher and collaborator.  Indiana was known for creating pop-style art.  Despite the deal made while Indiana was alive, the executor of the late artist’s estate contends that McKenzie’s rights to reproduce ceased as soon as Indiana died.

Robert Indiana died on May 19, 2018 at the age of 89. Indiana’s estate is currently valued at $100 million, which mostly comprises Indiana’s artwork.  Prior to his death, Indiana and Michael McKenzie drew up a contract stating, in the case of any disputes regarding the reproduction rights, the matter would need to be handled through arbitration.  Indiana’s will also states that his assets be used for establishing a nonprofit that functions as an arts education agency and museum.  The proposed name of the nonprofit would be “Star of Hope.”  Because the funds are being applied elsewhere, however, Indiana’s intended nonprofit organization has not taken off.

Despite Indiana’s last will and testament, his estate has been involved in litigation outside of McKenzie’s lawsuit that has racked up about $4 million in legal fees.  A day before Indiana’s death in 2018, a lawsuit was filed by Morgan Art Foundation in New York, naming Indiana as a victim of isolation that was not self-imposed.  The lawsuit alleges that both Michael McKenzie and Indiana’s caretaker were quarantining the artist and fraudulently reproducing his work.  Both parties accused in the lawsuit have maintained their innocence. As Indiana’s estate remains open and a new lawsuit has been filed against the estate, it may take more time than initially anticipated for Indiana’s vision for a nonprofit to come to fruition.