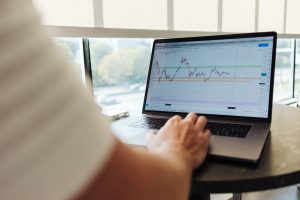 The stock trading and investing app, Robinhood, has developed into one of the most popular broker-dealer platforms. Aside from its “commission-free” marketing, the benefits include easy accessibility and your first stock free! About a month ago, however, consumers learned of the downsides to using Robinhood. At least 90 lawsuits have been filed against the company for restricting trade of specific securities, including GameStop. Consumers claim that the perceivably unlawful act of the company has caused financial hardship and unfair, lost opportunities for a potentially profitable investment.

Following a spike in advertisement on various social media sites, GameStop’s stock jumped from $4 a share six months ago to $483 a share on January 28. By restricting the trade of these shares, Robinhood was allegedly manipulating the market. Those who object to this corporate behavior argue that an investigation needs to take place to understand why Robinhood chose to regulate trading. Typically, the Securities and Exchange Commission may step in if there is a serious concern regarding a publicly traded company’s financial assets or other operational information. To the contrary, Robinhood appeared to have simply hand-selected securities that were doing well, such as GameStop.

In Robinhood’s defense, the restrictions were allegedly caused by the company’s obligation to deposit an overwhelming amount of money into trading clearinghouses. According to Robinhood, the appealing cost of shares and the high level of trading activity resulted in hundreds of millions of dollars that needed to be deposited. Regardless of the company’s reason for restricting trade, Robinhood is responsible for supplying a consistent and fair platform to its users. Failure to do so has resulted in the filing of several class action lawsuits. Despite the class action status of some of these lawsuits, the circumstance and financial setback of each investor is slightly different. If the class action status of these cases is not approved, the investors may be left to fight Robinhood in arbitration.