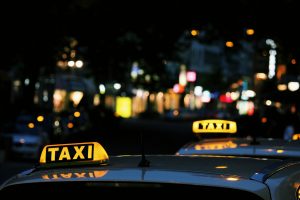 Imagine waiting for someone you love dearly to arrive and when they do, you open the door to the taxi and they are dead. Sounds terrible, right? Well, that is was happened to a mother from North Carolina, Deborah Washington, who found her son A’Darrin Washington, “unresponsive and cold to the touch,” when he arrived home in a taxi.  A’Darrin Washington was discharged from Cumberland County Hospital and died on Nov. 22, 2011 at the age of 30 and was a patient of the hospital for 10 years. Ms. Washington is suing the security firm whose guards are accused of forcibly removing her son from a hospital even though he was allegedly dying or possibly already dead.

The situation started when Mr. Washington was admitted to the hospital on November 14th, 2011.  A’Darrin suffered from frequent cases of pneumonia associated with non-Hodgkin’s lymphoma, which is cancer of white blood cells. When he was admitted, Mr. Washington was misdiagnosed with bacterial pneumonia and a few days later found out from a test that he actually has fungal pneumonia and was receiving the wrong type of medication. According to Courthouse News Serivce, “On Nov. 21, after Washington received the first dose of the right medication, the hospital declared him stable and prepared him for discharge.” The next morning the staff was instructed to call a taxi service to take Mr. Washington home. The AlliedBarton Security guards were called to help escort A’Darrin from the hospital to the taxi, they picked him up from his wheelchair into the taxi and secured him with a seat-belt while he was unresponsive. “(A) nurse called for security to escort Mr. Washington from his hospital bed to the lobby for discharge because Mr. Washington was allegedly ‘uncooperative’ and ‘refusing to talk or move,'” the complaint states.

With a 45 minute taxi ride home from the hospital Mr. Washington was still unresponsive and most likely dead. Again, once arriving at home his mom and family received him “unresponsive and cold to the touch,” according to the lawsuit.  According to Ms. Washington, the taxi driver and two members of the hospital’s staff “expressed concerns,” that A’Darrin being already dead. The two security guards even crossed his legs and buckled Mr. Washington into his seat. There is also reports claiming that Deborah  suffered from distress due to the act that her sons body was left in the taxi and the front lawn for hours while the police did their investigation. Deborah Washington is seeking compensatory and punitive damages for negligence, wrongful death and emotional distress. All in all, I can not understand the pain Ms. Washington is going through seeing her son in that state and possibly due to the negligence of others.