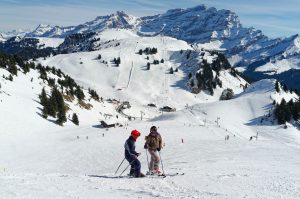 For those who frequent cities and attractions, it is typically assumed that you have to pay to park your car.  It is considered a perk to enjoy free parking, which is why routine skiers are fighting back at Vail Resorts Inc. following the recent implementation of a new fee policy at the premier parking location of Northstar California Resort. For years, visitors took advantage of the convenient access to the slopes from that parking lot; but now they are forced to reconsider their options.  A lawsuit was filed in December, alleging fraud and breach of contract against Vail Resorts Inc.

The plaintiffs are not simply stomping their snow boots about the change in policy, but they are arguing that the resort sneakily notified season pass holders of the new parking fees only after season passes were purchased and distributed.  The key plaintiff in the case, Steven Kroll, details the wrongdoing of the resort.  Within his dispute, Kroll notes that the season passes are nonrefundable and upon renewing his pass, he was not aware of the new terms and conditions.  In order to enter that parking lot, consumers are now forced to pay $10 on the weekdays and $20 on the weekends.  According to Kroll’s calculations, if he used his $429 season pass to the full extent, he would pay more than $2,000 in parking alone.  Kroll is fighting for over $200,000 in compensation, coverage of court costs, and the promise of free parking for the remainder of the season.

There is little doubt that Vail Resorts Inc., worth $10 billion, cannot afford to allow the continuation of free parking in that close, preferred location, however, the company does have a right to charge. The issue does not rest solely on the unfavorable new policy, but rather, the way in which the resort is now potentially causing a negative experience for loyal season pass holders and violating their rights as consumers.  One of Kroll’s main arguments is that he would have gone to a different resort had he known in April, when he purchased the passes, that he would have to pay to park in his usual spot.  Instead, the resort did not come clean about the new policy until months later, in October.