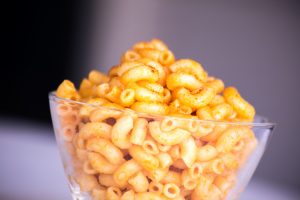 Within the realm of seemingly frivolous lawsuits, the recent claim filed by a Florida mac and cheese consumer may offer valid points of contention. According to her argument, under the guise that the food is prepared in 3.5 minutes, Kraft Heinz Company has sold a competitively higher priced selection of mac and cheese cups to its consumers. For eight 2.39 ounce cups, the product, Velveeta’s Microwavable Shells and Cheese Cups, is valued at $10.99. The consumer contends that, had she known the true timeframe of food preparation from start to finish, she might not have elected to purchase a pricier mac and cheese option.

Based on the allegedly misleading product label, which highlights that the food may be enjoyed in 3.5 minutes, the plaintiff argues that the company has profited at the expense of consumers. Despite what is printed on the product packaging, the entire preparation process takes significantly longer, and involves numerous steps, such as opening the cup and cheese sauce packet, adding water to the fill line, stirring to mix the water and noodles, heating it in the microwave, and combining the cooked pasta with the cheese sauce. If the company had advertised that the mac and cheese is cooked in the microwave in 3.5 minutes, the plaintiff would not have filed the complaint.

Instead, the 15-page claim, which has reached class action status, is focused on the cook-time discrepancy and false advertising. Although “Ready in 3 ½ minutes” is the promise, the reality is that 3.5 minutes only covers one of the various steps necessary to cook Velveeta’s Microwavable Shells and Cheese Cups. The lawsuit cites state and federal laws that involve deceptive and unfair trade practices and negligent misrepresentation, among other consumer rights violations. On behalf of additional consumers that have been allegedly duped into purchasing this product, the lawsuit is seeking $5 million.