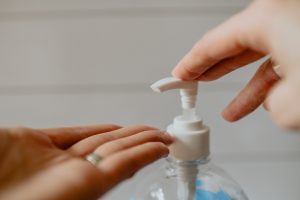 As consumers flock to the grocery store shelves to retrieve their needed supplies, it is important to know that a recent lawsuit was filed against the makers of Purell hand sanitizer. For those who depend on the product’s claim that the substance within kills “99.9 percent of illness causing germs,” be aware that there are allegedly no scientific tests to back up that statement. Another advertised statistic is that “one squirt of Purell Advanced Hand Sanitizer equals two squirts of other national brands, providing 2X the sanitizing strength.”  Not only do the four plaintiffs in the lawsuit disagree or challenge this assertion, but the FDA is as equally skeptical.

According to the FDA, the maker of Purell, GOJO, has never provided the necessary evidence to support their marketed statistics, and references more than one Purell campaign promoting the product’s effectiveness in deterring dangerous diseases.  Some such diseases include ebola, norovirus, and the flu. While this proclamation of the product’s potential to ward off disease is promising for the current mass focus on hygiene awareness, no studies have apparently been conducted to show the viable correlation between the use of hand sanitizer and disease avoidance or prevention.  Based on the FDA’s analysis on the Purell situation, consumers are accusing GOJO of practicing deceptive advertising.

In particular, four individuals have come together to file a class action lawsuit in the Northern District of Ohio on March 13. The plaintiffs, who are residents of Michigan, Massachusetts, Oregon, and California, are seeking justice on behalf of every consumer that has ever purchased a bottle of Purell.  In their argument, they suggest that if not for the product’s unmerited statistics, perhaps consumers would have chosen different brands of hand sanitizer.  However, due to the various claims that Purell is simply the most effective hand sanitizer on the market, consumers are led to believe that their purchase of this product is the most logical decision.  The courts are now left to determine whether or not, or to what degree, the lack of scientific backings in Purell’s proposed statistics are a true violation of consumer rights.