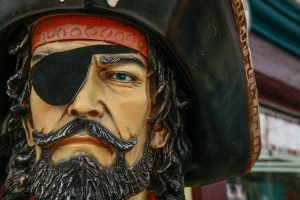 As Disney continued to publish more of this art with modifications that were attributed to a variety of artists. This generated suspicion for Royce Matthew and he began a third lawsuit in 2013. He claimed that Disney had “altered and tampered” with the artwork for the purpose of creating the illusion that they had created the idea on their own.

U.S. District Judge R. Gary Klausner firmly ruled that Mathew cannot assert any copyright claims, until he properly alleged notice of rescission on that release he signed at the end of the second lawsuit. “Defendants have never maintained that laches is a complete bar to Plaintiff’s copyright infringement claims,” writes Klausner in an opinion that granted Disney’s motion to dismiss without any opportunity for Mathew to amend his claims. “Defendants argue, and continue to argue that the Release bars Plaintiff’s claims, and that if Plaintiff wants to pursue his copyright claims, he must first properly allege a rescission claim.”