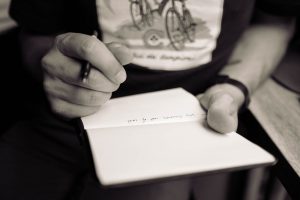 After achieving a dismissal in a copyright lawsuit, which alleged a similarity of lyrics between her song and the 2001 3LW song, ‘Playas Gon’ Play,’ Taylor Swift now must stand trial.  The plaintiffs in the original case appealed the dismissal; and a three-judge panel ordered for the case to be reconsidered at the district court level in October 2019.  Earlier this month, in the United States District Court of the Central District of California, Swift was denied a second dismissal.  The judge who denied the dismissal reasoned that a trial would help to provide clarity on the true similarities between ‘Shake It Off’ and ‘Playas Gon’ Play.’  Swift’s legal team, however, challenges the argument that there are significant resemblances.

Sean Hall and Nathan Butler initially filed the lawsuit in 2017 and claimed that Swift had violated copyright laws.  One of the complaints involves Swift’s inclusion of variations of the lyrics, “playas gonna play” and “haters gonna hate.”  In addition, Hall and Butler allege that there are at least six other copyright issues presented throughout the song, including its sequence and selection of lyrics.  While Swift’s legal counsel argues that the plaintiffs in the case are not the original creators of phrases such as “players” or “haters,” Hall and Butler have not given up on their claim that the 32-year-old singer-songwriter stole elements from their 2001 song.

Swift is set to go to trial on August 30, 2022, where she must plead her innocence and address the infringement allegations against her.  Those who have heard both songs may appreciate the individual lyrics and melodious components of each; however, it may also be difficult to distinguish a clear comparison between the two.  Swift and her team argue that the songwriters for 3LW’s 2001 hit were not the first to include the challenged lyrics in a song.  They maintain their claim that ‘Shake It Off’ is an original work of artistic talent and should be considered a unique piece of music.