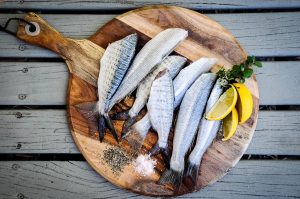 Years ago, Hurricane Sandy struck everywhere on the East Coast of the US, from Florida all the way to Maine. Many homes, companies, and families were uprooted, including vacation spots along the cost and even in New York City. A Greek restaurant in the TriBeCa district called Thalassa has recently filed a lawsuit against their insurance provider, who denied their claim that the storm disrupted their business. A main substation in downtown Manhattan, powered by a company called Con Edison, experienced problems due to the surging waters. The Phoenix Insurance Co. states that although the business was closed for 11 days, Thalassa’s insurance does not cover this kind of disruption.

Lawyers and law firms all across the tri-state area have been handling Sandy-related cases for years now. Part of the issue revolves around the fact that although the storm was classified as a “Hurricane” down south, it was only classified as a “Superstorm” in New York, New Jersey, and Connecticut. Most homeowners and business owners had hurricane insurance on their properties, but since the storm was technically not a hurricane, their policies would not cover any storm-related damages. Thalassa is one of many restaurants and companies in New York who are filing suit against their insurance companies. Although they did not specify monetary damages, the restaurant claims that they lost revenue due to food spoilage after their refrigeration equipment failed.

A similar lawsuit in New York City recently settled for around $180,000. The CT-based law firm handling Thalassa’s case is reportedly handling another 10 similar cases, all from restaurants seeking damages from the superstorm. It is interesting to think that although the Hurricane itself reached land years ago, the reverberations are still being felt all along the East Coast. Hopefully the insurance company does the right thing and provides some compensation. Seafood usually smells a bit, but this Greek’s restaurant situation really stinks.