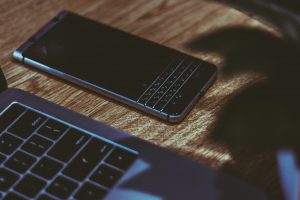 In the ever-changing world of technology and information, it is sometimes easy to forget the trailblazers. BlackBerry, one of the first companies to consistently release top of the line smartphones, is now going to mat against the social media juggernaut Facebook. Claiming patent infringement related to messaging platforms and mobile apps, BlackBerry is seeking monetary damages of an undisclosed amount. Interestingly enough, BlackBerry recently went after Nokia for similar issues. Instagram and WhatsApp (owned by Facebook) were also named in the lawsuit. This could be seen as Blackberry trying to remind the public and their competitors who the “old guard” in mobile technology & messaging really is.

Reports speculate that BlackBerry has over 40,000 technology, mobile messaging, and wireless communication patents in its arsenal. BlackBerry mentions a responsibility to their shareholders, which is usually a sound PR move. Many speculate the claims of copyright infringement as a money-making strategy for BlackBerry after it has lost much of its grip on smartphones. Facebook hit back at BB, trying to dismiss their legal claim as a money grab. In 2011, BlackBerry’s revenue was almost $20mm; these days, it is closer to $2mm. The lawsuit was filed in federal court in Los Angeles.

One of the negative aspects of being on top of the mountain is that you may have a target on your back. Obviously, Facebook’s $12 billion monthly revenue is going to attract many slings and arrows. Still, if BlackBerry does have legitimate patents and copyrights which Facebook, Instagram, and WhatsApp are infringing on, it does seem like a settlement will be coming in the near future. The Facebook app on a BlackBerry device was very popular with the younger generations just a few years back; in short, if you didn’t have a BlackBerry, you were out of touch. Time certainly does fly; just ask Mark Zuckerberg.