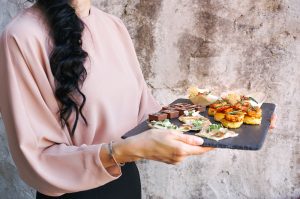 Do you have a reservation?

Apparently, the Borgata Casino was not ready for this jelly. In a surprising result, the Atlantic County Supreme Court reaffirmed the casino’s right to terminate a Borgata Babe’s employment contract solely on the premise of weight gain. The group of 22 Borgata babes filed suit in direct response to their considered stringent employment stipulations. The Borgata Babes, the jack of all trades of Borgata’s Food and Beverage Service, contend the employment requirements were objectifying, demeaning, and draconian.

Supposedly, the “Babes” were subject to mandatory weigh-ins that monitored any weight fluctuations and ensured they did not break 7 percent maximum weight gain threshold. The Babes also contend that they were pressured to maintain their svelte shape by usage of a diuretics and laxatives. On occasion, Babes were suggested to discontinue usage of prescribed medication if it adversely effected their body composition. Babes who were found to have surpassed that 7 percent maximum weight gain threshold were immediately suspended until they conformed to the weight allowance.

The Atlantic Superior Court Judge contends that the Borgata Babes were well aware of the sexual nature associated with position. The job title itself lent to the nature of the job. With a position whose formal job description includes, “part fashion model, part beverage server, part charming host and hostess, all impossibly lovely”, it is impossible to claim you were not implicit. Prior to the Babes employment the judge pointed out that each Babe signed an agreement acknowledging the 7 percent weight gain policy.

Weight is the final area of discrimination that remains almost completely admissible. Michigan, the sole state (in addition to a sprinkling of random municipalities) that has deemed discrimination based on height or weight unlawful, has yet to build any momentum for weight discrimination laws. This is most definitely not the last we have seen of this hotly debated issue.