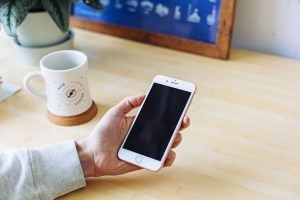 At the end of February, a two-year-long class action lawsuit wrapped up, concerning Apple iPhones and the complaints that software updates caused function slow-down.  Owners of older iPhones, such as the iPhone 6, 6 Plus, 6S, 6S Plus, 7, and 7 Plus, were the victims of this system speed change. Despite the public assuming Apple’s motive was to entice iPhone users to upgrade to newer models, Apple insists that the software was meant to alleviate issues with older lithium-ion batteries. Regardless of the intent, Apple has agreed to settle the class action for a minimum amount of $310 million and a maximum amount of $500 million.

Apple came clean in December 2017, admitting to the deliberate adjustment in system performance and later offered lithium-ion battery replacements for an initial price of $79.  In January 2018, the price of the new batteries decreased by more than 60% to $29 per battery replacement.  While Apple’s profits and securities reached an impressive $207.06 billion at the end of 2019, the reduction in battery price proved to cause a partial negative effect in sales.  The payout for the class action will also cause a likely, although seemingly insignificant, hit to the company.  Apple has promised to shell out $25 for each iPhone that was affected.  The projected payouts will be capped at $500 million.

While the financial effect of the class action settlement is not seen as that detrimental to Apple, the company’s reputation may be a cause for slight concern.  In addition to this class action mentioned, other reports have surfaced regarding defects in smartwatches and the heartbeat feature in the Apple Watch.  In a world where it is hard to imagine leaving the house without a smart device, the reliability of that product is critical.  As many individuals see their cell phones and smartwatches as lifelines, there is always the possibility of consumers jumping to what might be considered a stronger brand.