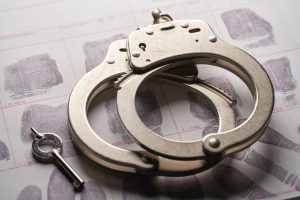 The incident took place on a Friday night, just after midnight when an officer saw the couple’s rented Ford Fusion driving erratically down a major artery in the city. The car repeatedly drifted in and out of the designated lane, prompting the officer to pull the two over for questioning. The officer asked Witherspoon’s husband, James Toth, who was driving at the time to step out of the car after he admitted having had several drinks that evening. Toth agreed to perform a series of field sobriety tests which he had difficulty with, ultimately failing the tests. A later breath test found that Toth had a BAC of 0.139, more than enough to face drunk driving charges.

While all this was going on, Witherspoon was behaving belligerently from the front seat. Not content to sit quietly as she was asked, the actress kept arguing with the officer. Several times Witherspoon attempted to get out of the car and approach the officer, despite repeated orders by the officer to remain in the car, fearing for his safety. Witherspoon yelled at the officer that she was a “U.S. Citizens” and was thus “allowed to stand on American ground.” After yet another attempt to confront the officer, Witherspoon was placed in handcuffs and arrested, reportedly asking the officer, “Do you know my name?” and later telling him that he was now going to be on national news. Witherspoon was ultimately arrested and charged with disorderly conduct.

The incident was regrettable on everyone’s part and never needed to get as contentious as it ultimately became. Following a few simple rules would have avoided the escalation and would have meant that Witherspoon never had to be arrested at all that evening. If you or someone you are driving with has been pulled over on suspicion of drunk driving, never ever argue with the officer. Attempting to threaten or intimidate the officer with violence or your status in the community will not only fail to resolve the situation, but likely make the matter much worse.

As Witherspoon found out, it is possible to face charges other than a DWI during a drunk driving stop, even as a passenger. Though Witherspoon’s attorney was able to negotiate a deal with prosecutors in Atlanta to ensure that the actress would go through a pre-trail diversion program and thus avoid having a conviction on her record, not everyone will be so lucky or well connected.