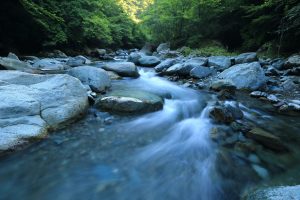 Given the mission to protect wildlife and preserve the natural order of the environment, nation-wide organizations, such as National Audubon Society, The Nature Conservancy, and Greenpeace, have served communities and continue to heal the Earth. Although conservationists may aim to reach, influence, and safeguard all areas of the country, circumstances may arise that trigger the attention of environmental agencies only after the brunt of damage has occurred. One town in Tennessee, for example, has not only damaged a critical waterway, including its marine life, but is also blatantly breaking the law.

According to its website, a nonprofit environmental group, Tennessee Riverkeeper, has vowed to “protect the Tennessee and Cumberland Rivers and their tributaries by enforcing environmental laws and educating the public.” The establishment of the organization stems from the 2008 dumping of 1.1 billion gallons of toxic coal ash into the Tennessee River. Now, more than a decade later, Tennessee Riverkeeper has filed a lawsuit against the city of Cookeville for draining raw sewage into streams and creeks. These complex waterways filter into the Cumberland River; and the violations allegedly committed by Cookeville compromise the river’s recreational purposes, such as swimming, boating, and fishing.

Within the past five years, about 300 violations have been reported against the city’s sewage treatment plant. In addition, state records indicate that during those five years, 10 million gallons of untreated sewage were illegally discharged into the water. These actions purportedly breach the federal Clean Water Act. From the lawsuit, Tennessee Riverkeeper intends to seek confirmation that this law has been broken. The organization is also asking for an injunction to stop the pollution and contamination, and is seeking a fine of $59,000, which may include a payment of legal fees and other costs. Although the intentions and accusations of the plaintiff are clear, the opposing side and its position in the case has remained relatively mute.