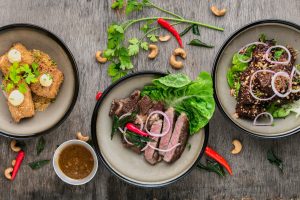 What you don’t know can hurt you

It is common for people to suffer from food poisoning or a stomach virus. It is rare for people to undergo life-changing medical conditions after eating contaminated food. Chloe Rodgerson falls into the statistic of five to ten percent of E. coli infection victims who have developed hemolytic uremic syndrome (HUS). Two years ago, in 2015, Chloe’s family purchased rotisserie chicken salad from a local Costco Wholesale Corp. While every member of her family who sampled the chicken salad fell ill to some degree, Chloe was admitted to the hospital with a severe E. coli infection.

As a result of HUS, doctors have removed Chloe’s large intestine. Her condition has required treatment for staph infections and various surgeries, including a kidney transplant. Since the kidney transplant, Chloe’s immune system has diminished, and she is now prone to seizures. Her medical bills have escalated to $2 million.

Chloe’s lawyers are holding Costco responsible for the harm caused to their client. The claim against Costco is for negligence and liability. Chloe’s life would not have been altered for the worst if Costco had sold her family edible chicken salad. Chloe Rodgerson is not the only Costco patron who has experienced horrific side effects from eating the rotisserie chicken salad. While a recorded 19 people showed E. coli symptoms, 5 people were hospitalized due to the infection in 2015.

Since the beginning of the lawsuit, Costco has not addressed the claims against the company. It has not assumed responsibility and the company refuses to comment on the matter. Costco has not considered the extreme impact their chicken salad has made on Chloe Rodgerson’s life. Once an aspiring actress and professional dancer, Chloe can now look forward to her next hospital visit. Without a large intestine, Chloe’s body strains to regulate the proper fluid amount for kidney function. The goal of the pending lawsuit is to not only provide Chloe with necessary compensation, but to also find Costco responsible for their negligence in selling contaminated food.

Have you purchased or consumed tainted food and need help finding compensation for your medical bills? Contact the #1 US Lawyer Matching Service, Lawyer.com.