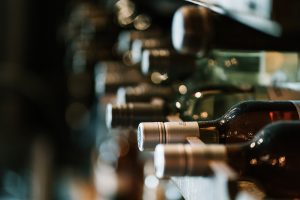 A recent Law Suit was filed against over 2 dozen California winemakers, after the wine from Trader Joe’s tested positive for higher levels of arsenic. This class action lawsuit has become media rich after the wine contained arsenic with levels five times over the EPA’s limit for drinking water.  The wines that were included are Trader Joe’s Charles Shaw White Zinfandel, and Franzia White Grenache. There were over 1,300 bottles that were tested and just over one fourth of the bottles contained higher than normal levels of arsenic.

Kevin Hicks, the man responsible for the research upon which this case is based, is a former wine distributor and created his own wine testing company. The attorneys who filed the case stated that Hicks even tried going straight to the winemakers to help resolve the problem. He was immediately turned down. The suit was filed on behalf of the consumers in order to finally get the winemakers’ attention to resolve the issue. Once CBS News decided to cover the story and take things public, it was no longer a secret.

Arsenic is a naturally occurring element in everyday life, it is in our air, soil, water, and most food. Higher levels of arsenic, however, have been seen to cause adverse and long term health problems. These include skin damage, and various cancers. Trader Joe’s refused to comment on the pending allegations against their company. Instead they pointed out a great fact that, even with the higher levels of arsenic, they were still within the (ppb) standards of Canada and Paris. These standards are set by the International Organization of Wine. “We will not offer any product we feel is unsafe. Ever,” wrote spokeswoman Rachel Broderick from Trader Joe’s. “We have no reason to believe the wines we offer are unsafe, including Charles Shaw White Zinfandel.” Furthermore, Trader Joe’s pointed out that California wines meet the global standards for the amount of arsenic that is currently allowed in wine.