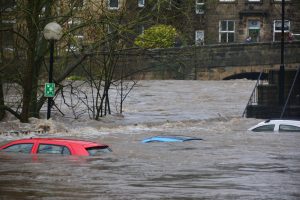 Homeowners in Midland County, Michigan are standing up to the Great Lake State’s Department of Environment, Great Lakes and Energy.  Claiming the agency played a negligent part in a massive flood, four homeowners are seeking compensatory and punitive damages, a correction to the problem allegedly caused by the defendant, a ruling that the Department’s act was unconstitutional, and repayment of legal fees.  The Edenville Dam is the structure in question, where on May 20 of this year, the weaknesses in the dam failed to partially prevent a flood from destroying homes and private property.

Federal officials issued prior notices to the EGLE that indicated concern over the safety of the Edenville Dam.  Despite the issues presented, the EGLE did not perform the necessary repairs. By ignoring the hazards of the Dam and the potential risk to residents, the plaintiffs’ attorneys allege a violation of Michigan’s Constitution.  Due to the EGLE’s failure to act on the recommendations of federal officials, prior to the flood on May 20, local Midland County residents established a Four Lakes Task Force to devise a blueprint of repair for four damaged dams along the river.  Residents were trying to take matters into their own hands, to rectify a situation that their government agency refused to acknowledge as a danger to the community. The Edenville Dam was one of the four dams in the plan, but unfortunately, the plan did not come to fruition quick enough. As a result of what has been sarcastically referred to by the plaintiffs’ counsel as the “500-year flood,” property was destroyed, such as canopies, homes, boats, docks, and outbuildings. The complaints of the plaintiffs consist of 28 pages of court documents and fall under the right of residents to sue the state of Michigan in the Court of Claims.  Residents that have been robbed of the full use of their personal property intend to seek full and fair relief.