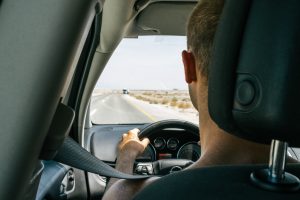 16-year old Ethan Couch was recently sentenced to ten years of probation, after a drunk driving incident took the lives of four civilians. The prosecution was pushing for a maximum prison sentence of 20 years, as his blood alcohol content was three times the legal limit for an adult. Huffington Post article states, “Psychologist G. Dick Miller testified for the defense that Couch suffered from “affluenza,” a condition in which his family felt that wealth bought privilege and there was no rational link between behavior and consequences.” As part of his sentence, Ethan will also be attending a luxurious private counseling center. As expected, families of the victims of Ethan’s drunk driving, have brought 5 lawsuits against both Ethan, his family, and his father’s business.

Couch was driving 30 mph over the speed limit in a Ford F-350 when he hit a crowd of pedestrians gathered around a broken down vehicle. Although Ethan has walked away with a far milder sentence than the prosecution anticipated, the Couch family’s troubles are only just beginnings. Families of the deceased crash victims are suing for unspecified damages, and families of two injured victims have also filed lawsuits. The lawsuits also target Ethan’s father, Fred Couch, along with his company Cleburne Metal Works. The truck Ethan was driving the night of the crash was owned by his father’s company.

Much of the country was shocked by the sentence Ethan Couch received for drunkenly running down several pedestrians. While he may have gotten by without having to serve any jail time, Ethan and his family are still in hot water. Angry and emotional family members of deceased and injured victims of the tragic accident, will continue to seek justice for their loved one’s untimely deaths.