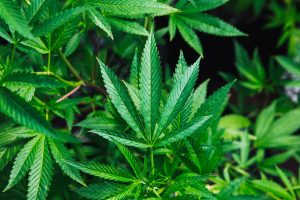 The difference between hemp and marijuana is the percentage of THC or tetrahydrocannabinol.  Marijuana has about 10% of THC compared to hemp that only contains about 1%.  “An application for a DEA hemp permit is identical to asking for permission to grow pot.”  It does not really make sense for the DEA to limit the use of hemp considering it only has 1% of THC.

Kentucky farmers and leaders want to use hemp on the industrial scale.  Hemp can be used for clothing, soap, paper, fuel, building materials, and even used as an alternative to plastics.  Kentucky is one of five states that have presented the idea to legislators to harvest hemp.  Growing hemp could open a number of possibilites.  Not only is hemp organic and safe for all uses, it’s products have seen more than $450 million in revenue in 2011 alone.  One can only assume that this would improve the economy and create more jobs.  I guess now it is a waiting game to see what legislators do.