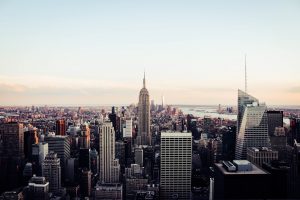 Picture yourself walking in the Bronx borough of New York heading to your home or apartment and a police officer stops you and asks to search you.  He is searching you because he thinks you look suspicious and you might be holding a firearm.  Is this fair for the police officer to stop you and frisk you?  A New York Judge, Shira Scheindlin, says no. She has put a halt to searches and frisking, deeming it unconstitutional and a violation of the Fourth Amendment.

Mayor Bloomberg and the NYPD states that stopping and frisking has lowered the crime rate in the borough, but Judge Scheindlin sees no threat for residents leaving their home.  The judge has ordered the NYPD to write a formal approach to stop and frisk residents, if they see fit to continue to search.  The NYPD argues that the landlords of the residents asked for the protection, but instead it targets minorities groups.

There are a few lawsuits against the NYPD because of the stop and frisk searches.  The cases were filed by blacks and latinos in the area exclaiming that the NYPD were racially profiling and abused their civil rights.  Judge Scheindlin also ordered that the NYPD go over their training manuals and reevaluate their programs for new and old police officers.  NYPD Commissioner Raymond Kelly says he does not condone racial profiling and thinks that the Judge is interfering with official police business.