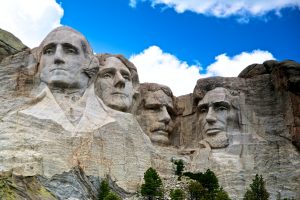 The founding fathers could never have imagined what path freedom of speech has taken since our country’s inception.  Case in point, a character defamation lawsuit has been filed against a Yelp user who gave a negative review to a local contractor.  The defendant, Dietz Development, claims that online feedback is one of the most important ways a potential buyer or client uses when they make a decision on whether or not to use a service and is seeking $750,000 in damages.  The Yelp user, Jane Perez, has been defending her claims in court since late November, stating that she was simply exercising her freedom of speech after what she felt was an unsatisfying service.  A Judge in Southern California has ordered her to edit her comments via a preliminary injunction.

Ms. Perez has accused the contractors of poor workmanship (not to mention jewelry theft) on public forums such as Yelp and Angie’s List.  Dietz Development claims that this slander has negatively impacted their business.  This lawsuit is the latest recent trend relating to SLAPP (Strategic Lawsuit Against Public Participation), which has been popular lately in similar cases.  The idea behind SLAPP is to scare the defendant into revoking their comments for fear of mounting legal costs.

To counter these types of suits and try to protect their users, similar forums utilize the Communications Decency Act, aimed at retaining the rights to freely express public opinions.  The lawsuit, which began in Virginia, seems to be having negative effects on the contractor’s listing pages, considering Yelp users are now condemning the company for taking the matter to court.

Censorship and freedom of speech have always been a controversial subject in our society.  For better or worse, internet forums have given everyone a platform to voice their opinion, no matter how biased or uneducated it may be.

One thought on “Yelp Lawsuit Raises Freedom of Speech Issue”